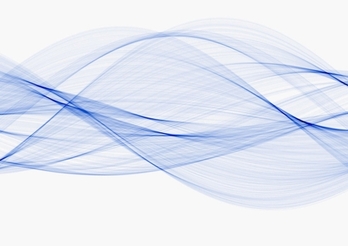 As you research Laser Therapy, here are a few terms to help you understand.

A canceling wave is a wave of the exact same form and frequency moved 1/2 cycle from the original wave, resulting in no wave. This is the principle used by Rife to neutrilize or "hold harmless" waves from diseased tissue or waves from invading bacteria, viruses, or parasites.

Coherence means that these photons are well ordered and travel parallel to one another in the lazy S motion or "sine wave" and are monochromatic meaning, they are of the same color. These two principals are the main differences between laser light and regular light.

Collimation means that the laser beam has been focused down to a smaller spot size. Collimating a laser beam increases the power density. Low level lasers discussed in this manual for pain control and healing are not collimated like laser pointers.

Energy- Everything on earth is energy. Energy cannot be created or destroyed, only transformed.

Frequency is the number pulses per second or the number of times a wave is interrupted (started and stopped) per second. Regardless of the length of a wave, the wave can oscillate at different frequencies and these frequencies are very specific. A basic fact of laser physics is that movement alters frequencies.

Joules is the amount of energy delivered by one watt of power in one second. The formula for calculating joules is output x time / area and is critical in determining if a laser is resonating or stimulating.

Infrared waves are longer than visible waves and are invisible to the human eye. All lasers used for pain control and healing are in either the visible or infrared wavelengths.

LED means light emitting diode. The emitted light is not coherent therefore is not the same as laser light.

Low Level Laser- is a laser that produces less than 1 watt of energy. Other names are Soft Laser, Cold Laser, Light Therapy, Light Healing, and Photodynamic Therapy. Any wavelength laser can be made into a higher output laser that cuts by increasing the milliwatts (mW) of power. The resonating lasers discussed in this manual are reted at 5 mW or below and the stimulating lasers are above 5 mW up to 500 mW.

Photons are small packets of light in the form of a wave element with a defined wavelength and a frequency related to that wavelength. The packets of light energy are produced when atoms are excited and thus move the photon to the outer orbit of the atom producing transformed energy.

Penetration is the depth a laser beam will penetrate into the body and is the limiting factor of all low level lasers. Visible laser light ranging from 400 nm to 700 nm (blue, green, red) penetrates 1 to 3 mm. Infrared ranges from 700 nm to 1000 nm penetrates 4 to 10 cm.

Wavelength is the length of the light wave and is measured in millimeters (mm) most often expressed in nanometers (Nm) which is 1/1000 of a millimeter. In the visible spectrum, wavelengths and color basically are the same.+